What Makes a Good Soil for Succulents?

When we’re selecting the best soil for succulents, our primary focus is to make sure it has good drainage. That means we’re focused on the ‘moisture’ part of that list above.

First of all – what is soil drainage? Simply put, it’s how fast water leaves the soil. After you water a plant, some of that water should come out of the bottom of the pot, but most of it will stay in the soil. That water either has to be taken up by the plant or evaporated into the air.

As it turns out, succulents and cacti require different soil than regular houseplants. Most houseplants are tropical plants. They’re originally from a place that probably has lots of rain and ambient humidity. Their soil is also naturally rich in nutrients because of other decomposing plants enriching the soil.

Succulents, on the other hand, come from deserts or other arid (dry) regions that generally have little rain and poor soil quality. The dirt there is probably coarse and gritty and lacks nutrients.

Obviously, it’s usually best to recreate their natural conditions as closely as possible. You might be surprised, however, that the most important thing to copy isn’t the number of nutrients they get – it’s the amount of water.

Organic matter in this context means stuff that was once alive but is now dead. It can be in various stages of decomposition, or just regular dead. Some examples are:

Inorganic matter, then, is everything that was never alive. In the case of dirt, it really just means minerals. Dirt is mostly made out of varying ratios of clay, silt, and sand.

Add organic and inorganic matter together and you’ve got soil.

How do you know if the drainage is adequate?

So, we know what soil drainage is and we know how to get it. But how much drainage is enough?

As a rule of thumb, your succulent soil should be dry within 1 to 1.5 days of watering. And I mean dry. Bone dry.

There’s a quick way to test how dry the soil is. Stick your finger in the pot an inch or two into the soil. It should feel not only dry, but also warm. If it feels “cool” at all, it’s probably actually slightly damp and you’re misinterpreting the sensation. If your succulent has filled out the pot, it can be hard to check soil dampness and the mass of roots could use more room. You may need to consider repotting your succulent.

Most soil is bad soil

We’ve been talking about how bad wet soil is for succulents, but we haven’t even mentioned why that is. Well, here’s the answer.

Wet soil can cause root rot. Read all the common ways a succulent can die so that you can prevent this from happening.

This is a risk for all plants, but it’s especially dangerous for succulents. They aren’t accustomed to being wet for extended periods of time. In their natural habitat, water is wicked away by the dry soil and hot air very quickly.

Root rot is a particularly interesting disease. It may surprise you to learn that plants breathe mostly through their roots – not their leaves. They take in both carbon dioxide and oxygen (yes, they need oxygen too) that is present in the soil.

That’s why people are always talking about loose, aerated soil and how great it is. It’s also why worms are great for gardens – they break up the soil and create tunnels for air to reach the roots.

When soil is wet, however, air can’t move through it (duh). The plant has to “hold its breath” until the soil dries out again and it can breathe. If it takes too long, the root will drown and begin to rot. Succulents didn’t have to deal with long periods of wetness in their environment so they drown quickly.

Choosing the Right Soil for Succulents

That may sound dire, but it’s really not that hard to choose good soils for succulents. Just minimize the amount of organic matter and use those good watering practices we discussed.

Every succulent species has its own particular needs and wants, but 99% of them are cool with pretty much the same dirt. Just to be sure, watch how a plant reacts after being put in new soil and adjust your care accordingly.

How to make your own succulent soil

You can make your own succulent soil pretty easily; you probably already have everything you need at home. Here’s our recipe:

That’s what we use to get all these nice plants you see here on Succulent City, but feel free to experiment.

If you don’t feel like getting your hands dirty and mixing your own soil, there are a couple really great succulent and cacti mixes that are commercially available.

Black Gold Cactus Mix by Sun Gro Horticulture is the gold standard of succulent soils. It’s pretty incredible how well-balanced it is – there’s just enough organic material to fertilize the plant and plenty of inorganic stuff to balance it out and have excellent drainage. You can’t go wrong using this mix.

Bonsai Jack Succulent and Cactus Gritty Mix is another fan favourite, but a little different. It’s a “gritty mix” which means it has virtually no organic matter and retains zero water. It’s technically not even soil. It’s awesome for succulents, especially the picky ones, but you need to adapt your watering a little to accommodate a mix that holds literally not much water. Recommended for moderate to advanced growers.

BE SURE TO ALSO READ:

Newly Published Ebook: The Best Soil Recommendations for Your Succulent

That’s just about everything you need to know about soil and how it relates to succulents and cacti! Do you need any clarification or have any questions? Do you have a soil recipe you want to share? Let us know in the comments below!

If you liked this read you’re going to love our full in-depth ebooks! With so many of our succulent lovers asking for more, we listened and can’t wait to share it with you here! With our very detailed ebooks, you’ll get more information than these short articles, some ebooks are 30+ pages, perfect for a weekend read.

Tons of people throw their old coffee grounds into the compost pile and use the compost in their garden with good results. But as you all know, what works best for other plants doesn’t always work for succulents, especially when it comes to fertilizer!

Succulents are more easily burned by chemical fertilizers than other plants, so there’s always a risk that your succulent babies could get damaged when you use them. Could coffee be a better alternative to harsh chemical fertilizers, or is it too acidic for your plants? One thing is for sure, it’s great to drink!

Today, we’re going to tell you whether or not your succulents will love coffee as much as you do! By the end of this post, you’ll get all the info you need to decide if your coffee grounds should go in your succulent pot or in your garbage can, so read on!

Coffee grounds are about 2% nitrogen, which is why they benefit plant health and get thrown into compost piles. Brewed coffee has some pretty great nutrients too—potassium and magnesium. Nitrogen, potassium, and magnesium are essential nutrients that your plant babies need. If the soil you plant them in doesn’t have enough of these minerals, their leaves will start to turn pale and they won’t be able to grow well. Yikes!

That’s why it’s so important to fertilize your succulents, especially if their home garden is an adorable little pot or a rustic driftwood planter, which you can learn how to make by checking out our article down below. After a while of living in that container, your succulents will use up all the available macronutrients in the soil, so you’ll have to add some nutrients back in to keep them healthy.

Coffee seems like a great way to do that because it has so many vital nutrients… but is it too acidic for your plants?

Coffee is Acidic, But That’s Good For Your Plants!

OK, we know what you’re thinking… acid? How can that be good for my plants? But most plants, succulents included, actually grow best in slightly acidic conditions.

It all comes down to pH levels. The tap water you use to water your plants has a slightly alkaline pH of around 8, but plants tend to grow best in slightly acidic soil. They like a pH between 5.8 and 7. So whenever you water your plants, you’re pushing the pH higher than they actually like it!

So using something slightly acidic, like coffee, as a fertilizer can actually help rebalance the pH and return it to the levels that your plant baby prefers.

We’ve seen succulent growers online report good results from planting their succulents in mildly acidic soil. Several people said their succulents looked healthier and bloomed more frequently. Those are just some of the benefits you can expect from fertilizing your succulents with coffee and paying attention to the pH levels of the soil!

Use Diluted Coffee on Potted Succulents, Not Coffee Grounds

Now you can use that diluted coffee to water your plants just like you usually do. Test out this DIY fertilizer a few times during your succulent’s active growing season to see if your plant baby likes it!

Using Coffee Grounds in Your Garden

Just remember not to add unbrewed coffee grounds to the soil—their high caffeine content can be bad for your plants! Brewed coffee grounds have a lot less caffeine, so they’re safe to use. We recommend any of the light roast brews you can find at the grocery store. The coffee from Maxwell House is a favorite of our office plants! 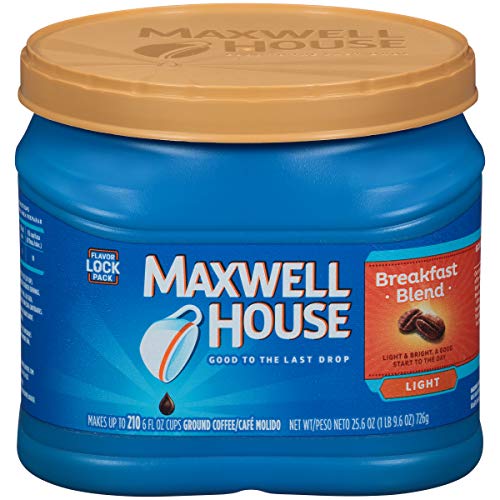 Buy Now on Amazon
We earn a commission if you click this link and make a purchase at no additional cost to you.
/p>

Now that you know the benefits of fertilizing your succulents with coffee and coffee grounds, are you going to do it? We were hesitant at first, but after learning more, we’re excited to try it out!

Did this article help answer your succulent-care questions? We sure hope so! If not, no worries. Succulent City is devoted to aiding all succulent lovers, and that’s why we created a line of ebook guides! Check out our in-depth new tips on The Correct Way to Water Succulents or even The Most Common Issues Amongst Succulent Growers today! ALSO READ: