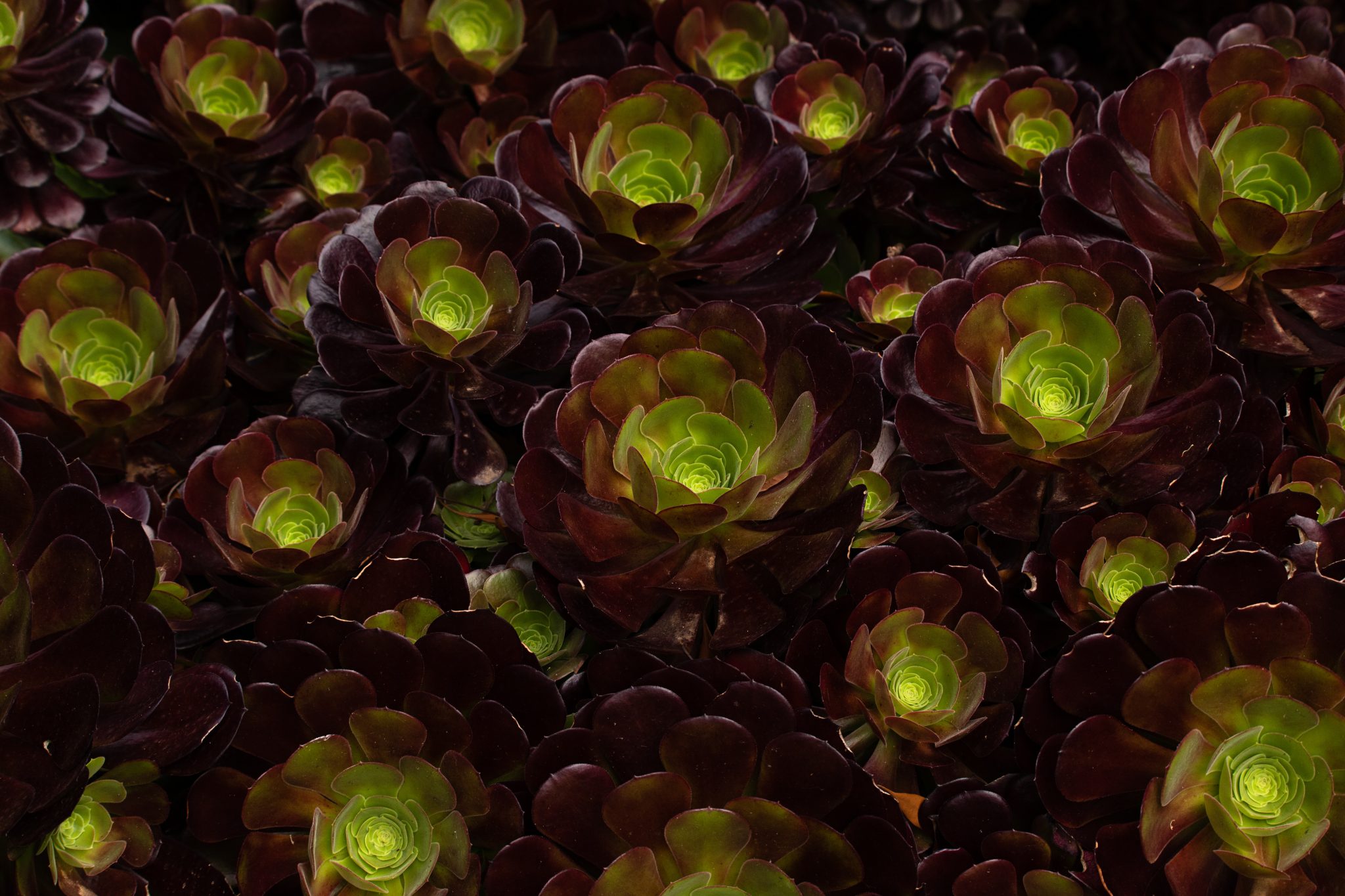 What is Aeonium Sunburst

Aeonium Sunburst is a succulent that is native to the Canary Islands. It gets its name from its rosette leaves that resemble the sun with its rays. It is a branching succulent that has green and white leaves with pink edges.

When the plants are kept out in the sun, the leaf center becomes yellow, and the pink edges turn copper-red. Aeonium Sunburst can bloom, and it grows white or pale yellow flowers in the summers. But it is monocarpic, so it will die after blooming. It is also known as a copper pinwheel, tree aeonium, and tree houseleek.

Aeonium Sunburst can grow up to 30 inches tall, and each of the rosettes can grow as much as 10 inches across.

If you have decided to grow Aeonium Sunburst indoors, you should make sure that you keep it right next to a window that lets in a lot of sun. You can also place the plant out in the sunlight for 5 or 6 hours and bring it back indoors after it has received the required amount of light.

Aeonium Sunburst is a versatile succulent, and it can be grown indoors and outdoors as long as it receives proper care. Like all succulents, Aeonium Sunburst needs full sun to grow well. It can thrive in partial shade, but it is always better to allow it to grow in the sun.

If you are growing the plant inside, make sure that the plant receives enough light. There are several ways you can accomplish that. If your window is on the sunny side, place your Aeonium Sunburst next to it. You can also keep the plant out in the sun during the daytime and bring it back indoors after receiving 5 to 6 hours of light.

If you live in a colder climate or do not receive enough sun, you can substitute natural sunlight with a grow light. If you intend to place your plants out in the sun, the perfect time to do so would be in the mornings.

The afternoon sun, especially if it is intense, can cause sunburn. If you live in a place where the sun is intense, you can either put Aeonium Sunburst in the shade or buy sunshades if you intend to keep your plant outside.

Aeonium Sunburst cannot thrive in freezing temperatures. It is a warm-weather plant, and cold weather or frost can kill it. If you live in an icy area, make sure that you only grow the plant indoors. As long as the plant receives sufficient light and is kept in warm temperatures, it will keep growing well.

Aeonium Sunburst needs well-draining soil, but it does not mind a bit of extra moisture, unlike most other succulents. Any cactus mix available in the market will suffice for Aeonium Sunburst. While different succulents may need you to add perlite or pumice, you need not add anything extra to the soil you are growing Aeonium Sunburst in.

That said, you will still need to consider the climate you are in before deciding on the soil. If you live in a heavy humid area, you will need to add coarse soil/perlite/pumice to the potting mix.

Aeonium Sunburst is a drought-tolerant succulent and does not need too much water. How often you water your plant will depend on the climate of the area you live in, the season, and the humidity.

Even though Aeonium Sunburst stores water in its stems and does not mind a little extra moisture in the soil, it will not take well to over-watering. In fact, you can under-water it with very few issues. Still, the plant should receive an adequate amount of water.

You can water it once every 7 to 14 days if you live in a hot and dry area. The ‘soak and dry’ method works well for Aeonium Sunburst. You should water the plant till it is completely wet, but not soaking wet, and then wait for the water in the soil to dry completely before you water the plant again.

You need not water your succulent during the rainy season if it is kept outdoors. If you have an indoor plant, keep using the soak and dry watering method. During humid months, the soil’s water will take longer to evaporate, so you will not need to water Aeonium Sunburst very often.

How To Propagate Aeonium Sunburst

Since Aeonium Sunburst is a monocarpic succulent, it will die after flowering. But it may take Aeonium Sunburst several years to flower, so you have the time to decide if you want to make it a permanent part of your garden. To keep this succulent, you will need to propagate the plant. You can use stem cuttings for this purpose.

To propagate Aeonium Sunburst, you will need to cut off a stem from the plant with a sterile knife. This stem needs to dry out before placing it in the soil. After a few days, the stem should have dried and formed callouses.

You can now put this dried stem in a well-draining potting mix so that it can grow. After a few weeks of regular watering, you should see new stem growth.

Aeonium Sunburst is not prone to pests or diseases. It can become the target of slugs, scales, or mites, but Aeonium Sunburst remains safe from most pests that seem to affect succulents. If pests attack your plant, you can use soap sprays or rubbing alcohol to resolve the issue.

If there is an issue with your Aeonium Sunburst, the most likely reason could be root rot. The rot usually occurs when the plant receives too much water or does not drain well. After the rot has set it, the plant is no longer salvageable. But you can use healthy stem cuttings to propagate the plant.

Aeonium Sunburst is non-toxic to both humans and animals. If you have pets, they will not be affected even if they consume the plant.