With so many different types of succulents, choosing the right one for your home can be overwhelming. There are a lot of questions to consider: how much natural light does your home have? Do you have time to follow a strict watering schedule? And perhaps most importantly, are succulents poisonous to cats and dogs?

While succulents are beautiful on the outside, beneath the surface of some succulents lie certain toxins that could make your pets sick.

According to veterinarian and author Dr. David Gross, most animals are instinctually smart enough to avoid poisonous succulents. However, if your dogs and cats have a proven history of getting into things they shouldn’t — which, let’s face it, is what dogs and cats are best at — you’ll probably want to consider keeping these toxic succulents out of your home and away from your pets.

If you’re not sure whether or not a succulent is poisonous to cats and dogs, you can check the American Society for the Prevention of Cruelty to Animals (ASPCA) to find out for sure. We’ve also rounded up some of the most popular succulents that don’t do well with pets.

Though the sago palm might look like a palm tree, it’s actually considered a succulent. The sago palm is popular especially among beginner succulent lovers thanks to its general hardiness. But if you also have cats and dogs in your house, you may want to think twice about bringing one into your home.

According to the VCA Hospitals website, the sago palm is toxic all around, but especially its seeds which also happen to be easy to get to and eat. Sago palms have cycasin in them, which attacks the liver. The ASPCA reports that symptoms of cycasin poisoning include vomiting, increased thirst, and liver failure among others, and in worst cases even death. Symptoms generally appear within 15 minutes of ingestion, but may sometimes take up to a few hours to surface.

While aloe vera might be known for its healing properties, the popular succulent can be dangerous to cats and dogs. Though the actual aloe gel isn’t toxic (it’s actually edible), according to veterinarian Dr. Joe Musielak, pet lovers have to be wary of the sap inside aloe leaves.

“The latex of aloe is considered a purgative (a substance that empties the intestinal tract usually by inducing diarrhea),” Dr. Musielak said in an interview with Pilchuck Veterinary Hospital. “If an animal eats quite a bit of the plant (and it is very bad tasting), you could see mild stomach upset. Severe diarrhea can be life-threatening because it can eventually cause dehydration.”

Thanks to the thorns that often accompany cacti, most animals learn pretty early on not to go near them. However, despite its name, the pencil cactus isn’t really a cactus and isn’t toxic because of thorns — in fact, it doesn’t even have any. Instead, cat and dog lovers should be wary of the sap that pencil cacti produce, which is a source of latex.

The ASPCA explains that a pencil cactus’ sap can cause vomiting. It’s also “been implicated as a potential carcinogen and, if it gets in the eyes, is said to cause temporary blindness,” according to the Associated Press.

While jade poisoning in animals has been shown to include symptoms like vomiting, depression, and lack of coordination, the ASPCA doesn’t know exactly why. While the source of toxicity is unknown as of now, according to Wag Walking, dogs specifically can’t digest plant material, so they tend to exhibit only mild to moderate symptoms.

Despite sharing fuzzy features with your pet and bearing the name of an animal, panda plants are not pet-friendly. According to the ASPCA, these succulents produce insoluble calcium oxalate crystals that can get stuck in your pet’s mouth and cause oral irritation, excessive drooling, vomiting, and difficulty swallowing.

Veterinarian Tina Wismer notes that the ingestion of these crystals typically isn’t fatal and can easily be treated with milk or water. “Prognosis is good and clinical signs usually resolve within 24 hours with no lasting effects,” she wrote for DVM360.

Snake plants are another beginner-friendly succulent. But thanks to the saponins they produce, they’re poisonous to both cats and dogs. According to the ASPCA, animals that eat plants that produce saponins might experience nausea, vomiting, and diarrhea.

Further, Dr. Gross explained to My Edmonds News that “some animals may rub against these plants and will develop, with repeated skin exposure, an allergic dermatitis.”

Panda plants aren’t the only members of the Kalanchoe family that are toxic to cats and dogs. The Kalanchoe plant flowers produce Bufadienolides (extra points if you know how to pronounce that!). According to the ASPCA, this toxin can cause vomiting, diarrhea, and even an abnormal heart rate.

If you’d like this read you’re going to love our full in-depth ebooks! With so many of our succulent lovers asking for more, we listened and can’t wait to share it with you here! With our very detailed ebooks, you’ll get more information than these short articles, some ebooks are 30+ pages, perfect for a weekend read. 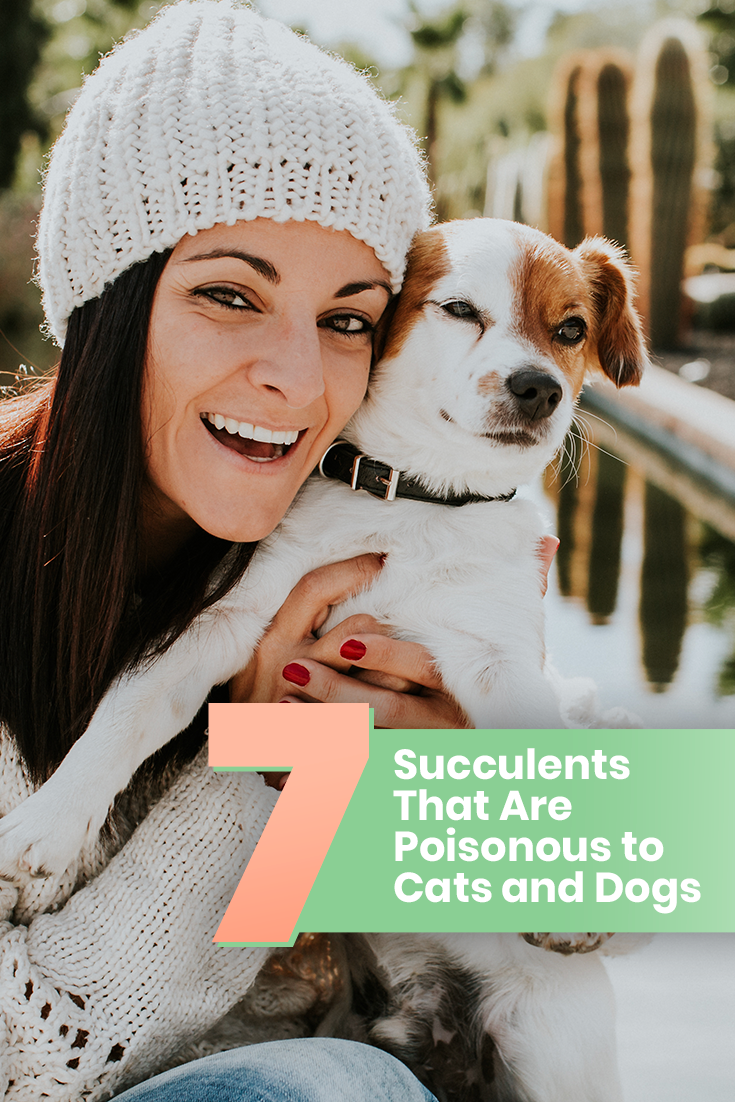